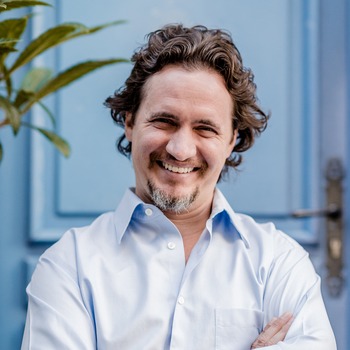 After spending two years as the Coordinator of Musical Theater Voice at the University of the Arts in Philadelphia, Benjamin Czarnota is thrilled to return to his alma mater, Baldwin Wallace University, where he served as a member of the voice faculty in the Conservatory for over a decade. He has seen students go on to perform in leading roles on Broadway in the casts of American Psycho, Anastasia, Godspell, Hands on a Hard Body, Kinky Boots, Les Misérables, and ONCE; and on National Tours in: A Chorus Line, The Color Purple, Flashdance, Kinky Boots, and Wicked. In addition, former students have been seen all over the country in countless regional productions. In his private studio, he has worked with everyone from a Tony award-winning singing actress to a speaking actor in a one-person play portraying dozens of uniquely voiced characters across the full spectrum of gender, age, and origin. His high school students have been admitted to prestigious programs such as Baldwin-Wallace Conservatory, Carnegie Mellon, University of Cincinnati College-Conservatory of Music and more.

Czarnota originated the role of Mr. Webb in the world premiere of Ned Rorem’s operatic setting of the iconic Thornton Wilder play Our Town. Other notable roles include Stanley Kowalski in Previn’s A Streetcar Named Desire, Guglielmo in Così fan tutte, Schaunard in La Bohème, and Count Almaviva in Le nozze di Figaro, as well as roles in The Merry Widow, Susanna, Savitri, and Un Ballo in Maschera with companies such as Wichita Grand Opera, Cleveland Opera, Cleveland Opera Theater, Opera Circle Cleveland, The Janiec Opera Company, and the Indiana University Opera Theater. While attending Indiana University, he was chosen by baritone Håkan Hagegård to perform the role of Anton Chekov in Dominick Argento’s A Few Words About Chekov in music written for the world renowned singer. He has also appeared as baritone soloist in the Fauré Requiem, Puccini’s Messa di Gloria, the Mozart Requiem, and Handel’s Messiah in appearances with the Traverse Symphony and the BlueWater Chamber Orchestras. Regional music theatre roles include the title role in Sweeney Todd, Marcus Lycus in A Funny Thing Happened on the Way to the Forum, Freddy in My Fair Lady, the Father in Children of Eden, and, most recently Emile de Beque in South Pacific, a production with the Akron Symphony Orchestra at EJ Thomas Hall. He also served for two seasons as the official national anthem singer of the Cleveland Browns, performing at all home games.

Czarnota is a Level III Certified Teacher of Somatic VoiceWork™ – The LoVetri Method and particularly interested in working with singing actors to cultivate an understanding of and relationship to their instrument that will enable them to perform successfully across the widest breadth of musical styles desired and with access to the full extent of dramatic choices healthily possible.