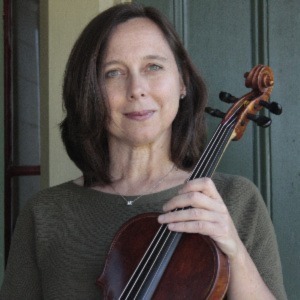 Carol Ross’s career as artist teacher and performer of violin and viola has spanned three decades. Her leadership positions in professional orchestras and extensive performing experience as recitalist and chamber musician have richly informed her teaching. She is proud of her many students who have continued their studies and gone on to become successful artists and teachers in their own right, as well as those who continue their lifelong love of music while pursuing other paths.

Ms. Ross joined the faculty of the Baldwin Wallace Community Arts School and founded its Suzuki Program in 1997 after serving in teaching positions at Florida State University, Westminster Choir College, and the Hartt School of Music Community Division. Having established the Rutgers University Community Music School Suzuki Program in New Brunswick, New Jersey, she has been invited guest clinician for numerous Suzuki workshops.

Ms. Ross has performed in the Cleveland Opera Orchestra, Ohio Chamber Orchestra, Cleveland Chamber Symphony, Cleveland San Jose Ballet Orchestra, Princeton Chamber Symphony, and the Tallahassee Symphony. A top prize winner in the Memphis Beethoven Club Competition, she shares a broad range of recital repertoire with her audiences. She frequently appeared in performances of chamber works at the Yellow Barn Music Festival and Rutgers Summerfest and has given live performances on WNYC, New York City Public Radio. Since her student days in Memphis, she has actively performed works by living composers, most recently premiering violin/viola duos by husband, Julian Ross.

Ms. Ross studied Suzuki pedagogy with Allen Lieb and William Preucil Sr, traditional pedagogy with Sally O’Reilly and Pam Ryan, and was a teaching assistant to Teri and David Einfeldt. She earned her BM in Violin Performance at the University of Memphis and MM in Viola Performance at the Hartt School of Music. Her major teachers include Eric Rosenblith, Hiroko Yajima, and Jeff Irvine.

Carol serves on the University of Akron School of Music faculty and is the director of Strongsville School for Strings.