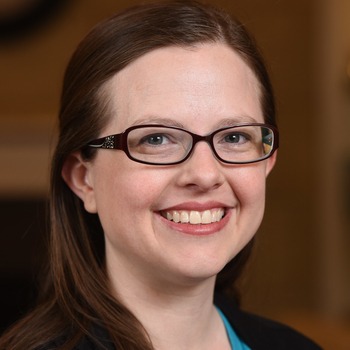 Corrie Anne Riberdy teaches violin to all ages from beginners to advanced players. She believes in the adage that students are rarely too young and never too old to start violin. A graduate of the Suzuki method herself, she incorporates that philosophy into all her lessons. In addition to the traditional violin repertoire, she utilizes fiddling, improvisation, and modern music in her teaching. Mrs. Riberdy began teaching at Baldwin Wallace in 2005 and became director of the Suzuki program in 2010. She performs regularly with the Ashland Symphony, sometimes as concertmaster. She received her Master of Music in Violin Performance from Mannes College of Music in New York City and her Bachelor of Music from Baldwin Wallace Conservatory. She studied with Carol Sykes at the International Music Festival for her Suzuki certifications. When not at the Conservatory, she is home with her husband Jason and two young sons. She especially enjoys reading, both for herself and out loud to her children.