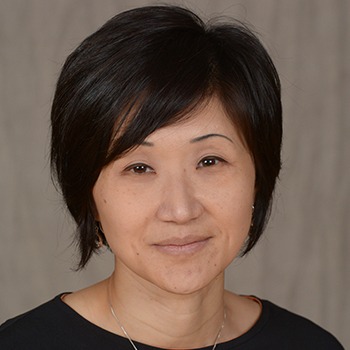 A recipient of the BW Exemplary Teacher Award in 2017, Sungeun Kim is associate professor of piano at the Baldwin Wallace University Conservatory of Music.

Kim has given numerous concerts in the U.S., Canada, Russia, Spain, Korea and Italy. A first-prize winner of the Virginia Waring International Piano Competition, she has appeared as a soloist with the Russian Federal Orchestra in the Moscow Conservatory’s Bolshoi Hall, Banff Festival Orchestra, International Chamber Ensemble of Rome, and Gijon Symphony Orchestra. She has been invited to perform as guest artist at the Texas Conservatory Piano Festival for Young Artists, Virginia Rising Star Concert Series, Palm Springs Concert Series and the 24th Concert Stage at St. Ivo in Rome. Many of her performances have been broadcast over WKAR (Mich.) and WCLV (Ohio).

Kim’s early training led her to Yewon Middle School for Arts and Seoul Arts High School, where she studied with Myong-Hye Bang. Upon graduation, she was awarded a merit scholarship to Yon-Sei University, where she received a Bachelor of Music degree studying with Kyung-Sook Lee. In 1994, she came to the U.S. to study with Julian Martin at the Peabody Institute of Johns Hopkins University, where she earned her Master of Music and Doctor of Musical Arts degrees. While there, she received the Frances M. Wentz Turner Prize and a graduate assistantship in accompanying. She frequently performed in master classes for Leon Fleisher and studied with artist-teachers Dominique Weber and Blanca Uribe at the New Millennium Piano Festival in Spain, and with Marc Durand at the Banff Keyboard Festival in Canada.

As an active adjudicator and clinician, Kim has judged numerous competitions for the Music Teachers National Association in Ohio and Missouri, and for the Cleveland Institute of Music Preparatory Department. She has served as the state competitions chair for the Ohio Music Teachers Association, and continues to serve as vice president of student activities for Northeast Ohio Music Teachers Association. She has given master classes at institutions including Sook Myung Women’s University, the Cleveland International Piano Competition Young Artists Institute, Summer Sonata at Cleveland Institute of Music, and KeysFest at Gilmore Keyboard Festival. During the summer, she teaches piano at the Conservatory Summer Institute at Baldwin Wallace University.