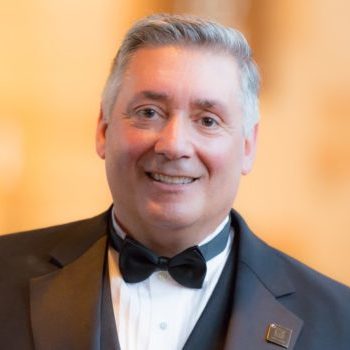 Frank Bianchi is an adjunct professor of music at the BW Conservatory of Music and is the founding director of the Baldwin Wallace Men’s Chorus. BW Men’s Chorus has been recognized as being among the finest collegiate male choruses in the state and one of the first collegiate choruses of its kind to include distinguished community musicians as well as college students, faculty, and staff. Bianchi has held several offices in both the Ohio Choral Directors Association and the Ohio Music Education Association and is a past recipient of the Outstanding Music Educator of the Year Award given annually by the State of Ohio Music Education Association (OMEA). He has received outstanding teaching and distinguished service awards in both Brunswick and Medina City Schools and was recently inducted into the hall of fame at John Marshall High School (Cleveland, Ohio), where he attended high school. He is an active member of OMEA, the American Choral Director Association, and the National Association of Music Educators.